Home / Gardening Guides / Can I Use Hydrogen Peroxide For Fountain? – Comprehensive Guide

Can I Use Hydrogen Peroxide For Fountain? – Comprehensive Guide

Fountains serve as a beautiful landscaping feature, whether indoors or outdoors. Most homes have fountains constructed within or around the surroundings. Fountains are also great for commercial applications and businesses such as hotels, shopping malls and restaurants.

Water features make excellent additions to your home’s landscape. They can add beauty and value to your property while also providing an aesthetic experience for you and your guests.

Fountains are available in a wide variety of shapes, sizes and colours to suit every taste. They add beauty and décor to homes and environments where they are built. 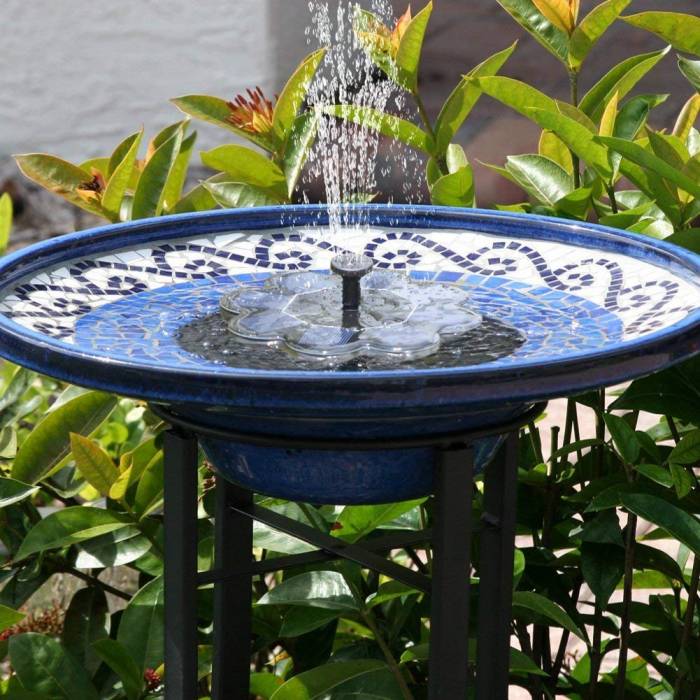 Fountains give off that incredible appearance, especially when the water is pumped to great heights.

Nonetheless, the beauty of every fountain is determined by how well it is managed and treated.

Some fountains have become obscure and less attractive due to poor management.

Amphibians, insects, and algae are found inside the fountain because it is not properly treated.

Insufficient provision of maintenance and care for the fountain usually results in the fountain turning into a murky green pond or somewhat of a sticky fountain.

Treatment for Fountains – How Effective is Hydrogen Peroxide?

For fountains to retain their stunning appearance, they must be well-maintained. One of the key ways to preserve fountains is by using chemicals to treat the water.

It is noteworthy that the treatment for indoor fountains differs from that of outdoor fountains. One glaring and major challenge is protecting the water from scum and algae.

Chemicals that are effective for treating water in fountains that are built indoors might not be helpful for outdoor fountains.

For instance, bleach can be used to treat indoor fountains and keep the water clean of algae and scum. However, for outdoor fountains, bleach is not effective because of sunlight exposure.

Some of the chemicals that can be used to treat water in fountains are algaecide, bleach, and descaling agents such as citric acid, white vinegar, and baking soda.

Can hydrogen peroxide be used to treat fountains?

Hydrogen Peroxide is a chemical compound that is formed by the reaction of one molecule each of hydrogen and oxygen.

It has a chemical formula of H2O2. Hydrogen Peroxide is a very reactive chemical compound. It is a strong oxidizing agent and is also used as a whitening (or bleaching) agent.

When hydrogen peroxide is in high concentrations – higher than 20 percent –, it is considered as a corrosive medium.

Hydrogen peroxide is highly reliable in treating fountains because, over a long period, it reacts and breaks down to give out water and oxygen. Hence, the formation of these products of Hydrogen peroxide enables it to be environmentally safe.

As listed above, various products can be used as a treating agent for fountains and maintaining crystal clear water.

However, most of these products are expensive and might not be affordable for every person. Hence, most people need and search for a more cost-effective product that can still prevent the accumulation of dirt within the fountain.

Besides adding hydrogen peroxide to your fountain, ensure that you clean the walls and surroundings of your fountain.

What is the suitable amount of Hydrogen Peroxide to add?

To keep your fountain water clean and fresh always, you can add about 1 – 2 cups of 3 percent hydrogen peroxide to a fountain for every 10 gallons of water added to the fountain.

Hydrogen Peroxide is also a better fountain-treating chemical than others, especially bleach because it does not affect the pump.

Hydrogen Peroxide is safe for birds that often come for a dip in the fountain. Like other animals, birds are fond of seeking places where they can cool themselves during summer. Fresh crisp fountain water seems like such a place to cool off.

Bleach in fountains has the potential of killing birds that drink the water of such a fountain. However, hydrogen peroxide does not harm the birds in any way.

Aside from the effectiveness of preventing the growth of algae and bacteria in the fountain, hydrogen peroxide also keeps the water healthy for birds and other creatures that might be interested in drinking the water in the fountain.

This is possible because the hydrogen peroxide would have dissolved into hydrogen and oxygen even before any bird or animal drinks from it. Thus, it is perfectly safe for birds.

Hydrogen peroxide is effective and reliable in its use as a treatment for fountains.

It doesn’t contain any chemicals that could harm your health or the environment.

Hydrogen peroxide will not harm plants, animals or humans when it comes into contact with them. It doesn’t leave any residue behind after it has dissolved into the water, so you don’t have to worry about this substance getting on your skin or clothes while handling it.

The safety of birds and other creatures that drink water from fountains treated with hydrogen peroxide is also assured as it does not harm or kill them.

Therefore, if you have a fountain with fish, do not use hydrogen peroxide as a treatment for the water.