Home / Flowers / Dianthus Deadheading: When And How Should You Do It?

Dianthus Deadheading: When And How Should You Do It?

Deadheading is common among gardeners as they want their flowers to bloom and avoid littering. This process differs from flower to flower. Hence, confusion on when and how you should do it for a particular breed of flower may arise.

Gardeners do not like to grow dianthus only because of the ease and how gorgeous they make a garden look. They also do it for their versatility, long life span, and resistance to pests and diseases.

The only common problem gardeners have with dianthus is powdery mildew, a fungal disease that surfaces due to very humid weather and poor circulation around the plant. In this case, a fungicide should be repeatedly applied to the dianthus for as long as 14 days upon discovery.

Dianthus blossoms have a lovely fragrance, and their flower production is profuse. Even though Dianthus are easy to grow, one must meet the requirements attached to the location of planting for a good result. Dianthus flourishes well in highly fertile, well-drained soil. They are usually grown from seed and can be sown directly into the garden.

They can also be acquired in a small pot and transplanted after the soil has warmed up. In the case of bad soil, fertilizers can be applied to enhance the growth of dianthus. As mentioned earlier, full sun favors dianthus’ development, and most of them bloom in the spring and late summer to fall.

They do not require much water for growth; hence, the soil must not be too saturated. Also, one interesting thing about Dianthus is, they can return and bloom year after year if conditions are very well met.

But something must be done after every bloom, what is that? You’ll get to know as you read on.

When To Deadhead Dianthus

A gardener grows and maintains dianthus, and after all efforts, boom! It blooms. This sounds familiar, right? But after blooming, does the gardener know what to do? Most gardeners can’t answer this question and find it hard to care for their dianthus after blooming. They don’t know how to keep their dianthus surviving and increase the chance of blooming again.

Well, congratulation, it is not the end after the dianthus has bloomed. You just have to do something, deadheading. Dianthus tend to focus their energy on seed production after blooming, and this can be changed by practicing deadheading. It helps dianthus produce flowers instead of seeds.

Dianthus blossom frilly and produce beautiful flowers with a very nice fragrance. They are well preferred in the cottage garden and are popularly used in rockeries. As a result of their pleasant aroma, they are also used to produce perfumes.

Since every gardener wants their dianthus to blossom for one reason or the other, deadheading is the simple way to do this. Below are the answers to when dianthus should be deadheaded. 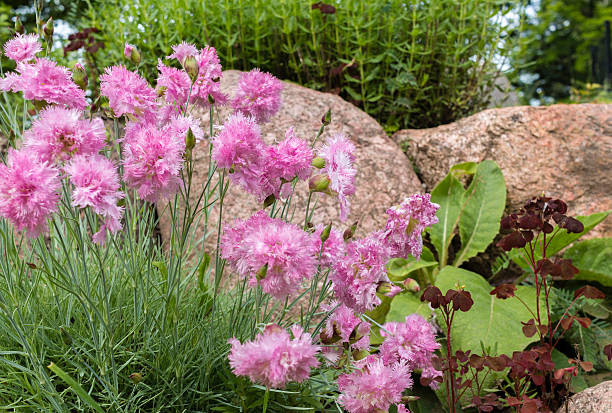 After blooming, dianthus, like other flowers, tend to grow seeds which is not of much importance to gardeners compared to the blooming. Dianthus are very suitable for the production of blooms as they do this repeatedly every year. Their beautiful flower can serve as a gift when plucked in a bouquet and can also be used in celebrations and beautification.

As much as they are easy to grow, dianthus can also be propagated and made to produce new plants. Though they undergo sexual reproduction, cutting is a straightforward and economical way to propagate them. Cutting is so good that it results in plants with the same attributes as the parent plant.

Many gardeners grow dianthus for their flowers and, therefore, have to put effort into deadheading to ensure they bloom again and again year after year. After every bloom, to deadhead, wait till the petals of dianthus start to fade.

The deadheading of dianthus follows when the petals start to fade. This is done by cutting the faded flowers down. When this is correctly done, the dianthus directs energy into producing blossoms instead of seeds.

There are several species of dianthus and all can not be deadheaded in the same period. Some require attention every week while others, once or twice in a growing season.

A gardener should not think of cutting down dianthus just because it has bloomed. The process can be made to reoccur and promote better blooming and growth.

Deadheading makes it possible for flowers to bloom again and again if done properly. Dianthus produces more flowers when deadheaded.

They one of the ancient flowers grown for their scent and ease cultivation, as earlier said in the article. They can serve as food and used in cooking.

Fresh petals of dianthus can be used to prepare salads, sandwiches, and pies. They are used in perfumery definitely because of their nice fragrance and are also used for anesthetic purposes.

You would probably not want to lose your dianthus with all that has been said. So, deadheading is your best option when you want to promote better blossom and growth of your dianthus. Put in your effort and the result will definitely be worth it.

Dianthus is a seasonal flower that blooms during the spring and late summer to fall. Early spring or late fall is another time dianthus can be deadheaded because it’d have completely undergone its blooming cycle. Deadheading does not always come easy. In fact, it employs extra effort of gardeners, but the result is all that matters.

Dianthus gives a good response to deadheading, blooming profusely when grown in a very fertile and well-drained soil. They do not have to be wetted every day since they require less water for growth, and as a matter of fact, wetting can be done once a week.

Gardeners should be cautious. Just because dianthus can be supplied water once in a week does not imply that the soil should be saturated when wetting is done. If all the conditions are met and dianthus are planted in the preferred type of soil and under a temperate climate, blooming becomes a must.

Dianthus is a group of flowering plants of about 300 species. They are mostly perennial, while only a few are annual or biannual and their run of color goes from pale to dark pink. The common ones are carnation, pink and sweet William, and deadheading each may require a different type of attention.

Deadheading of dianthus should not be done at the wrong time as this may lead to the death of the plant, either early spring, its late fall, or never. Start following instructions and resurrect your dianthus after every bloom, over and over again.

Our Favorite Pruners For Dianthus: 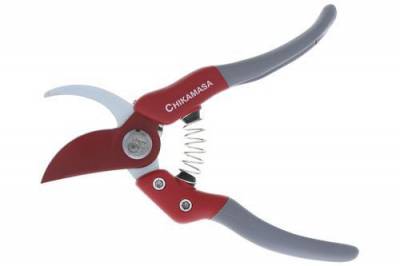 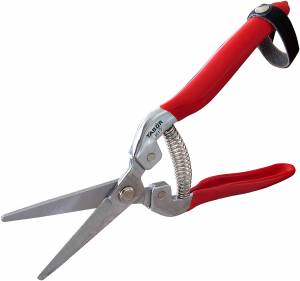 How To Deadhead Dianthus

Dianthus is known for having the ability to produce flowers and bloom profusely every year. This attribute can be made realistic and enhanced through deadheading. After blooming, the dianthus loses its beautiful coloration, and its petals start to fade and witter.

At this point, deadheading should be done to bring back its beauty and make it bloom again. Faded petals can be removed easily with scissors, pruning shear, or hands to make the dianthus look healthy again.

Since the importance of deadheading is known now, the question that needs to be answered is, how should or can it be done? The energy that should be directed towards the production of seeds is diverted towards blooming. Deadheading dianthus gives them the chance to live and bloom attractively again.

Deadheading requires extra work from gardeners but the advantages that come with it make it worth the effort. Below are how dianthus should be deadheaded for better result. 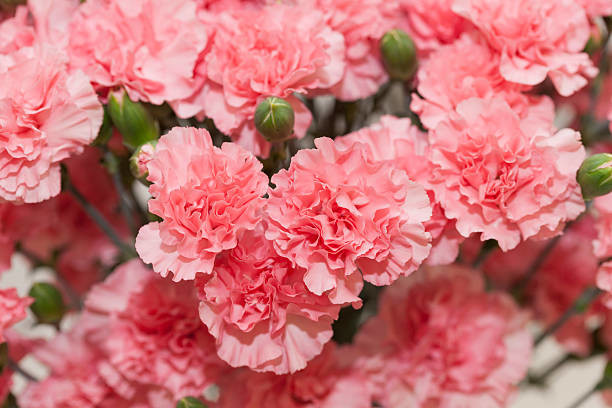 Dianthus are capable of blooming every year and they become even more attractive after every bloom. Though they can become unattractive after the flowers are spent, that does not stop them from blooming again if properly taken care of.

After flowering, when the blooming cycle has completed, dianthus’s pink, red or lavender flower starts to fade and becomes unattractive, losing its beautiful coloration.

When this happens, that is, when the petals start to fade, then deadheading can be done. Dianthus can also be cut in full bloom and taken in a bouquet to serve as a gift or for indoor beautification. This also helps in the deadheading, though all the petals should not be cut.

Deadheading is just like another word for pruning. Some flowering plants bloom for a relatively lengthy period, and along the line grows faded flowers along with fresh blossoms. The plants’ appearances become worse and less attractive despite the presence of flowers in normal conditions. Therefore, cutting and removal of unattractive flowers is one ideal option to restore their beauty.

When the petals of dianthus start to fade, normal pruning procedures can be followed to eliminate the bad flowers. The petals of the plant should not be removed totally and some should be saved for photosynthesis. However, cutting petals close to the root should be avoided as the process may expose the root to diseases and pests.

Only the faded petals should be removed and the remaining flower should be left so the plant can get carbon dioxide through photosynthesis for their feeding. This will help the dianthus to grow healthy. Cutting faded flowers also prevents the dianthus from producing seeds.

Flowers that have been affected by insects and pests can be trimmed or eradicated and keep the plant aesthetic. The cut flowers should be packed to avoid littering and can be used for compost manure. The flowers plucked for a bouquet should be placed in water immediately.

As mentioned earlier, deadheading can be done once or twice in a growing season of dianthus and may also be done every week, depending on the species. It’s essential to know the particular type of dianthus that one grows.

A carnation is a type of dianthus popularly believed to initially surface on the ground where the tears of Mary the Virgin fell. Another name it’s called is the flower of God. Carnations must not lack water and should be planted to access the sun for photosynthesis. They flourish on fertile soil and where there’s adequate irrigation.

However, over-watering is not helpful for their growth. Carnations, when properly deadheaded, do not only bloom year after year but also become more attractive.

It’s important to monitor dianthus after cutting and pinching of the faded and wittering flowers off the plant. Water should be supplied adequately and in the case of insufficient nutrients from the soil, fertilizers can be supplied to enhance the growth of the dianthus.

Shades should be avoided around the dianthus to ensure that they get enough sun and photosynthesis efficiently. When dianthus gets enough sun, they have the energy required for re-blooming.

Conclusively, dianthus should be deadheaded for them to bloom again year after year instead of leaving them to produce seeds and lose their beauty. Every condition should be well met to ensure good results. Gardeners should make sure they grow dianthus on fertile and well-drained soil, supply adequate water once a week but avoid too much water.

And after blooming, when the flowers are spent, deadheading should be done again to get a more attractive bloom year after year.