Loneliness can feel like a cold, dark abyss that swallows you whole.

It can be hard to escape, especially when you’re feeling alone in a crowd. But even in your darkest moments, you’re not alone.

Some flowers represent loneliness. They may not be the prettiest flowers, but they still deserve to be recognized.

Read on for a guide to flowers that represent loneliness.

There’s something about some flowers that represent loneliness.

It could be the way they droop as if they’re too heavy to carry the weight of the world on their petals.

It could be the way they look like they’re trying to hide from the world as if they don’t want anyone to see them.

Or it could be the way they seem to whisper “I’m alone, and I’m lonely” to anyone who will listen.

In this article, we will go through lists of flowers that represent loneliness.

Over time the meanings of flowers have changed.

Think about that when you get a dozen long-stemmed roses on Valentine’s Day.

In Victorian times, flowers were used to convey ideas words were simply too direct to say. 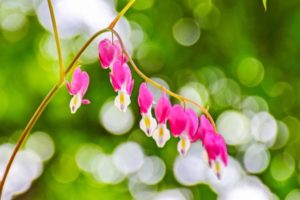 Papaveraceae is the family that includes the Asian bleeding heart (Lamprocapnos spectabilis).

Their distinctive appearance has made them famous.

The long, curved stems that support the flowers’ puffy, heart-shaped outer petals cause them to droop.

An inner, white petal with a drop form protrudes from behind the outer petals.

The heart-shaped blossoms appear to be bleeding as a result.

Different colors, including red, pink, white, rose, and violet can be found in Asian bleeding hearts.

The bleeding heart is symbolic of sadness based on its outward appearance.

The flower with a heart shape is a symbol of great love and compassion. That intense affection, though, is not returned.

The Asian bleeding heart also represents sadness, which is a way to make someone feel lonely, so the Asian Bleeding Heart is classified as a flower that represents loneliness. 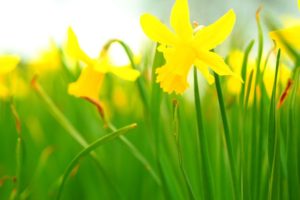 The poem appears to be about a sad, lonesome man who finds joy in nature at first glance.

He muses over the image of the golden daffodils dancing and calls that moment the beauty of solitude.

The trumpet-shaped flower is also found in narcissus, popularly known as daffodils.

Usually, they have six substantial yellow petals. Daffodils are mentioned in both popular literature and the arts.

In Greek mythology, Narcissus was the name of the river deity Cephissus’ son.

As long as he had not seen himself, the youngster would have enjoyed a long and wonderful life.

Sadly, such was not the case. Because the handsome lad was conceited, the gods were furious with him.

He turned down Echo, a mountain nymph, who had been in love with him.

Narcissus was consequently chastised by the gods, who revealed to him his reflection while he drank from a pond.

He started to fall in love with his reflection and eventually passed away from unrequited love.

Where the boy passed away, a daffodil bearing his name blossomed.

The stories and emotions attached to the daffodils are one of quiet, loneliness, and sorrow.

Daffodils are hence also known as narcissus flowers and stand for both loneliness and unrequited love. 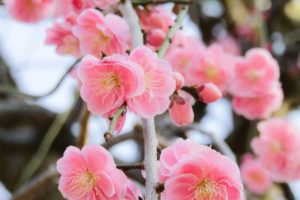 East and Southeast Asia are home to delicate-looking blooms known as plum blossoms.

Round petals in various colors, including white, red, and pink, are present on them.

There may be five or more rows of petals. Plum flowers smell pleasant and floral aside from their appearance.

Those lovely flowers are fondly classified as a flower that represents loneliness, but not in a depressing way.

It seems solitary. However, the view inspires resiliency and hope.

Because of this, Asian nations like Japan commemorate the blooming of plum blossoms.

It takes a look at a lonely flower and it’s generally classified as a plant that represents loneliness. 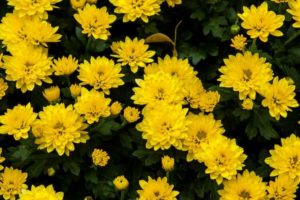 Those gorgeous flowers, which are indigenous to East Asia, feature countless tiny petals.

But each petal is a separate, little flower known as a floret.

White, crimson, violet and yellow are just a few of the many colors that the florets can be.

The first three hues each have positive connotations, such as intense affection, sincerity, and thoughtfulness.

Yellow chrysanthemums, on the other hand, are an altogether different matter.

Those brilliant blooms represent anguish and unfulfilled love. The florets can also occasionally represent joy and celebration, though.

Chrysanthemums stand for melancholy and regret. Chrysanthemums are said to bring bad luck and nightmares in certain traditional beliefs.

Yellow represents hope and friendship, so that makes sense. It can also indicate loneliness if it implies betrayal, illness, and jealousy. 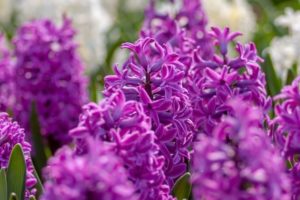 A flower that represents loneliness is the Purple Hyacinth.

It also has a common representation of grief and regret. This phrase is undoubtedly applicable in a funeral context.

Sometimes it’s sufficient to only acknowledge the family’s sorrow.

Hyacinths sprout from bulbs, each of which produces one to three spikes or racemes of flowers together with four to six linear leaves.

The blooms of the wild species are sparsely spaced, with only two blossoms per raceme. 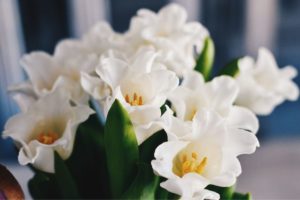 Lillies are part of the most recognized flowers in the world, yet they signify loneliness.

There are about 80 species of those trumpet-shaped blooms. Additionally, they come in a variety of hues.

Lilies have been used as funeral bouquets and placed on coffins for millennia.

This is especially true of white lilies. The reason for this is that white lilies stand for innocence and purity.

In reality, according to Christian mythology, the Virgin Mary’s tomb was discovered three days after her burial with bouquets of regal white lilies which represents loneliness.

Lilies can therefore represent dedication and remembering. Easter flowers are frequently used in memorials perhaps because of this. 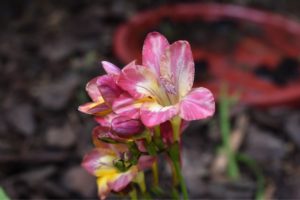 Freesia, which bears the name of the German physician Friedrich Heinrich Theodor Freese, is among the most well-known fragrant flowers because of their bell-shaped blooms and pleasant, citrus aroma.

And although the white variety of a flower typically has the strongest perfume, in the case of the freesia, the pink and red versions have a stronger scent.

One of the most well-known freesia types is called Ballerina, which makes sense given its wiry stems and tiny blossoms.

The flower for the seventh wedding anniversary is a freesia, which is supposed to represent innocence and kindness in the language of flowers.

In many cultures especially in South Asia, the freesia is classified as a flower that represents loneliness.

So, next time you’re feeling lonely, why not reach for one of these flowers?

They’ll help you feel connected to the world and will remind you that you’re not alone because flowers that represent loneliness can be so beautiful.