Home / Interesting Facts / How Are Fungi Different From Plants? – All Differences

How Are Fungi Different From Plants? – All Differences

Did you know that the word “fungus” is a Latin word meaning “mushroom”?

One of the greatest mistakes that biologists made in the past was to classify fungi as plants. Now they have their kingdom. Mycology is the branch of science that studies fungus, while botany studies plants. 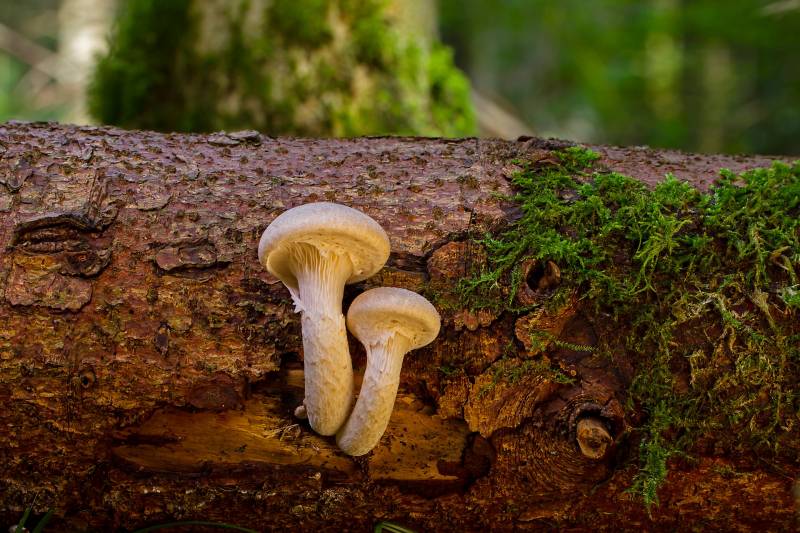 Unlike fungi, plants can be easily identified by their green color. On the other hand, identifying fungi is quite challenging, and there are over 1.5 million fungus species.

The most common fungus are yeast, mold, and mushroom. These are very common in our environment. Our environment requires fungi as they help to decompose matter and release useful nutrients. Fungi also make fantastic meals for other organisms.

In this post, we’re going to explain how fungi differ from plants so that you can have an easy time differentiating the two. So, brace yourself as we get started!

They Are Heterotrophs While Plants Are Autotrophs

One of the main differences between fungi and plants is that they are heterotrophs, while plants are autotrophs.

On the contrary, fungi are heterotrophs, meaning that they cannot produce their own food. As a result, they have to obtain carbohydrates and other nutrients from the plants, animals, or even the decaying matter on which they dwell.

Fungi release enzymes into the environment that digest giant molecules, like polysaccharides, proteins, and lipids, into tiny molecules that can be ingested and used by the fungi.

They Are Made Of Chitin While Plants Have Cellulose

Another apparent difference between fungi and plants is their cell wall composition. Fungi cell walls are made of chitin, while plants are made of cellulose.

The chitin in fungi defines the shape and strength of the fungal cell. Additionally, it plays a crucial role in the morphological development of the fungi.

Chitin is a long carbohydrate polymer that also takes place in the exoskeletons of spiders, insects, and other arthropods. In short, the chitin adds hardness and structural support to the thin cells of the fungus. That’s what makes fresh mushrooms to be crispy.

In contrast, the cellulose found in plants also helps the plant to stay stiff and rigid. Cellulose is a polysaccharide, which is a form of carbohydrate. The bonds between each cellulose molecule are extremely strong, making it hard to break down. That’s why humans cannot digest cellulose, but it’s vital in the diet as a source of fiber.

Although chitin and cellulose have almost the same function in fungi and plants, they have a different structure.

Fungi usually enter a reproductive stage by forming and releasing vast quantities of spores. It can reproduce asexually by fragmentation, budding, or producing spores, or sexually with homothallic or heterothallic mycelia. Perfect fungi reproduce both sexually and asexually.

In both of these reproduction processes, fungi produce spores that disperse from the main organism by either floating on the wind or catching a ride on the body of an animal. Unlike plant seeds, fungal spores are lighter and smaller. 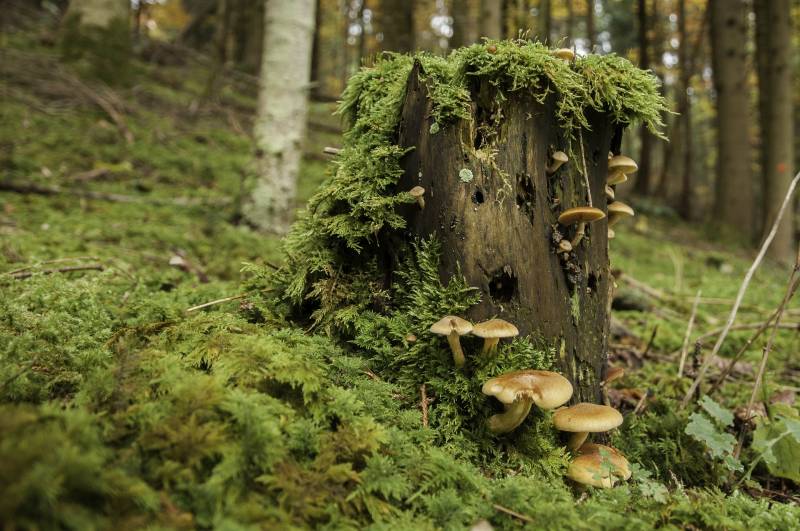 When it comes to plant reproduction, they reproduce through pollen, seeds, or fruits. As fungi, they are also classified into two – sexual and asexual mode of reproduction. In sexual reproduction, new plants come from the reproductive parts of the plant.

The reproductive part of the plant includes flowers. Some plants have both male and female flowers on the same plant, while others are separate.

On the other hand, asexual reproduction in plants involves new plants being brought forth from vegetative parts, such as stems, roots, and leaves. Therefore, such plants don’t need the fusion of male and female reproductive parts to bring new plants.

Plants Have Chlorophyll While Fungi Lack

This is the main difference between fungi and plants. The green pigmentation (chlorophyll) in plants is what easily differentiates these two.

Chlorophyll helps green plants to make their own food. The plants do this through a process known as photosynthesis. Chlorophyll is based in the chloroplasts, which are small structures in a plant’s cell. The work of the chlorophyll in plants is to absorb sunlight.

The energy ingested from light is then transferred to two types of energy-storing molecules. By photosynthesis, the plant utilizes stored energy to change carbon dioxide and water into glucose. Also, this process helps to produce oxygen, which is released into the atmosphere.

Since fungi don’t have chlorophyll, they cannot make their own food. Instead, they depend on the organic matter through the absorption of nutrients from the surroundings. They attain this by growing through the substrate they are feeding. That’s why they are called decomposers.

Fungi break down the dead and decaying organic matter into less complex substances like water, carbon dioxide, mineral salts, and simple sugars. In the end, they provide nutrients back to the soil, which is vital for the plant’s growth and development.

Since fungi do not perform photosynthesis like plants, they secrete enzymes onto their food to allow digestion to occur outside the fungal cells. Afterward, they absorb the digested organic products, and their cells may store carbohydrates as glycogen.

Even though fungi are not plants, neither are animals. They belong to kingdom fungi. Fungi digest food before uptake lacks chlorophyll has no filaments, they cannot make their own food, have spores, and are decomposers.

On the contrary, plants can make their food, have chlorophyll, are producers, autotrophic, and have cellulose.

Fungi are vital in the environment as they play a significant role in the decomposing of organic matter. They are also used as a source of food and medicine. After going through the differences, we hope that you can easily differentiate fungus from plants.