How Do Fungi Obtain Nutrients 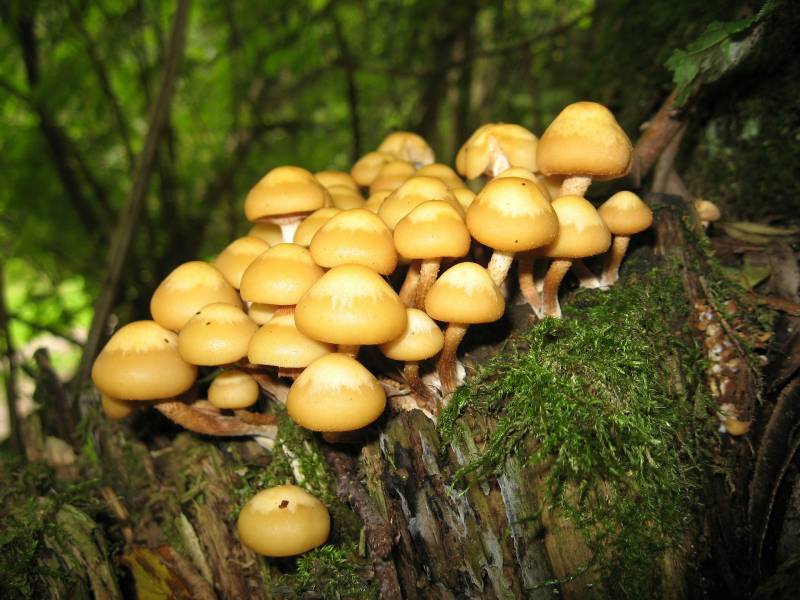 Feeding is the process through which living organisms obtain nutrients. Fungi are a versatile group of organisms that can feed on a variety of substances from their environment.

Plants can use inorganic materials, namely carbon dioxide and sunlight. This is not so for fungi as they lack the chlorophyll needed for harnessing solar power.

Fungi like other animals are heterotrophs, meaning they cannot make their food themselves. They depend on the ready-made organic materials in their habitat.

Funghi can’t ingest food, like animals. They feed by absorbing nutrients from organic materials on which they grow.

Fungi can secrete enzymes that degrade their source of carbon. They can degrade complex organic substances like lignin, cellulose, and hemicellulose. Some features adapt them for this.

Some fungi develop root-like hyphae called rhizoids, which anchor it to its substrate. These rhizoids aid in the absorption of the food materials. Some form unique absorption structures called haustoria to help their feeding.

Asides from the physical structures, the production of exoenzymes are necessary adaptations for their feeding. Here are the means through which fungi obtain nutrients.

Organisms that obtain their nutrients from dead or decaying substances are termed saprotrophs. Fungi and bacteria are members of this group. They are the causal agents in the decay and decomposition of materials.

Food spoilage, destruction of textile, books, wooden materials, and leather are due to fungi feeding. These saprobes make use of extracellular digestion to break the substances down. They secret exoenzymes into the organic materials to cause their decay and decompositions.

The degraded and soluble organic materials are now absorbed into the body via their hyphae. This is a reversal of the case seen in animals.

Ingestion is after digestion in fungi against animals, where digestion is internal after ingestion. The organic substance decomposed serves as the substrate upon which the fungi grow.

Nutrient absorption is a metabolic process that requires some specific conditions. For saprotrophic fungi, they are mostly aerobics. They require an oxygen supply for their growth.

The high moisture content of about 85% is also needed for the absorption of nutrients. Medium temperatures around room temperature and a neutral to acidic pH is suitable for this type of feeding.

Some fungi species do not feed on dead and decaying organisms but living ones. These are parasites of plants mainly and sometimes humans and other animals. Parasitic means of obtaining nutrients involves detrimental effects on the host.

The host is the living organism that the nutrients are absorbed from. The fungi invade, colonize and then obtain nourishment from the host. This is the cause of fungal diseases and sometimes death in organisms. 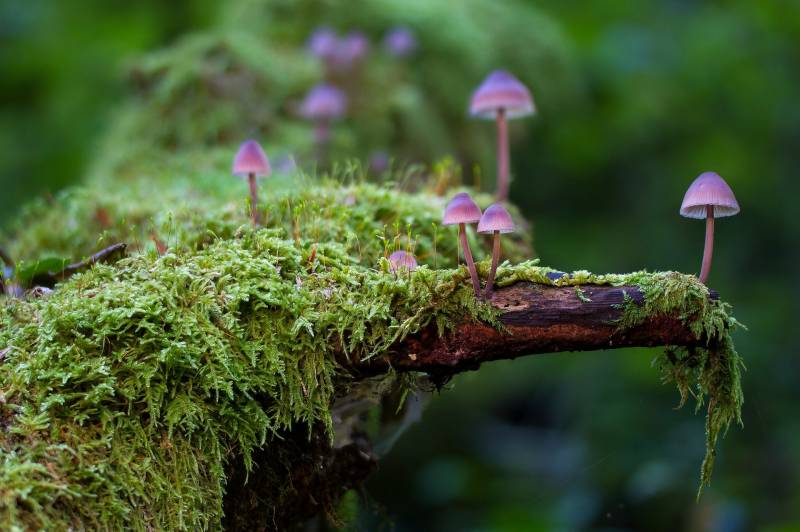 In animals, they also enter through natural openings or inconsistencies in the skin or body covering. Common diseases of plants caused by fungi are mildew, rust, smut, blight, and wilt.

The process of absorbing nutrients is similar to that of saprobes. The fungi gain access to the host when the spores germinate on the plant parts. Then a germ tube is produced, and it gains access through openings.

In humans, fungi are implicative of diseases like candidiasis, ringworm, aspergillosis, coccidioidomycosis, and egotism. Similarly, the human parts affected get infested by fungal growth. The fungi will draw nutrients from the cells, causing disease conditions.

There is a third means through which fungi can obtain nutrients. This is through mutualistic associations with other organisms. These associations and mutually beneficial to the two organisms.

The most common type of symbiotic relationships in fungi is mycorrhiza and lichens. Mycorrhizal is an association between fungi and the roots of plants. The plant provides the fungi with nutrients, mainly organic, while the plants get mineral nutrients from the fungus.

The mycorrhizal association is not a disease-causing relationship. Most terrestrial plants form this beneficial association and depend on it for survival. For example, in the winter, when there is less sunlight for photosynthesis, the fungi can save the plant.

The fungi can get nutrients from surrounding soil and share them with the plant.

Lichens are another form of a symbiotic association formed by fungi. This is formed between a fungus and algae. The algae, with its photosynthetic ability, produce organic nutrients. These nutrients are shared with the fungus and, in turn, supply the algae with minerals.

A Case Of Good And Bad

The less obvious good of fungi feeding methods is the use of their enzymes. Their ability to produce enzymes in the external environment has proven valuable. Several industrial enzymes are being harvested from fungi.

Do you remember that dead deer? It is the saprotrophic feeding of fungi and bacteria that ensures it decayed. Have you imagined how messy the world will be without decomposition?

Can you live in a community littered with dead bodies? Fungal means of obtaining nutrients is a case of good and bad, just like life itself.