Home / Interesting Facts / All About How Does Clover Spread

All About How Does Clover Spread

Clover is a cover plant with over 300 species around the world. It is the general name for species of annual and perennial plants. Most of these plants are leaf-shaped and flowers shaped like ball clusters with colors like white, red, pink, purple, or yellow.

People usually think clovers are weed. However, they are used as food for like cows and as a crop used in restoring the soil in farm fields. 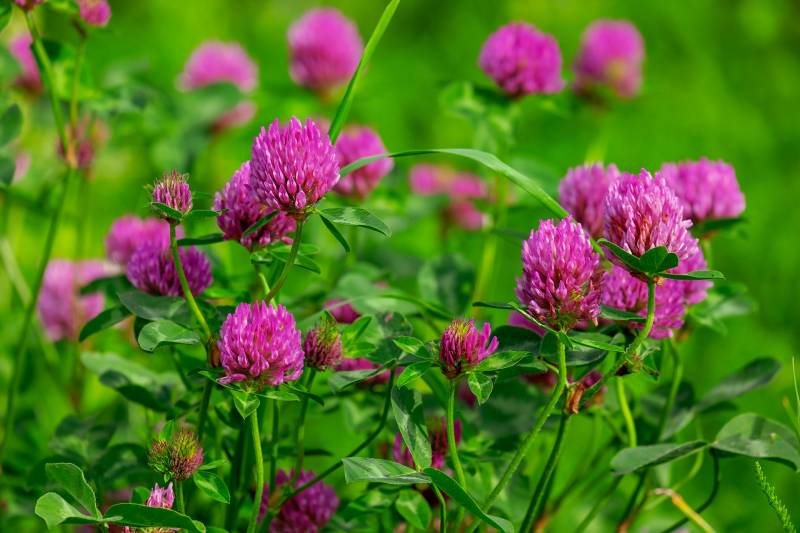 The good thing about Clover is that it is one plant that does not require high tending to like grass, and it also aids local pollinators.

You also do not need to fertilize it, and it is drought resistant, meaning it can grow under any weather.

In this article, we will let you how the different types of clovers spread.

Clovers are propagated by sending out root offshoots, or stolons separated from the mother plant to create a new clover. After being rooted, clover can spread quickly and fill your garden or lawn.

Honey bees have very important to play in the pollination of clover. Farmers usually build beehives in clover fields to help the plants as well as produce clover honey.

Clovers usually produce their seeds in large numbers. Their shells are hard and can be dormant for long periods till the conditions favor germination.

When eaten by cows or sheep, the seeds can be broken down in the animal’s intestinal system. This process is known as scarification. This is how animals help to spread the seeds.

Scarification is designed to soften the seeds to make them more permeable to water hence easy germination. It helps to speed up the processes that lead to germination.

Farmers also help in propagating clover seeds on the soil with the help of a cultipacker which covers the seeds with light soil. Seeding is done in late January or early March and is usually mixed with other grass seeds.

Types Of Clover And The Unique Way They Spread

White clover is a native and procumbent perennial in the UK. It is usually found growing in meadows and pastures, lawns, and grass verge. The White clover is a very important pasture as it helps to fix nitrogen using its root noodles and improve the fertilities of the soil. It is also an essential food for grazing animals as well as wildfowl.

White clover produces flowers between June and September. These flowers are usually pollinated by insects. The white clover seeds become viable after 12 days of flowering then take a month before it fully ripens. Each pod contains 3-6 seeds, and they germinate after seven weeks. 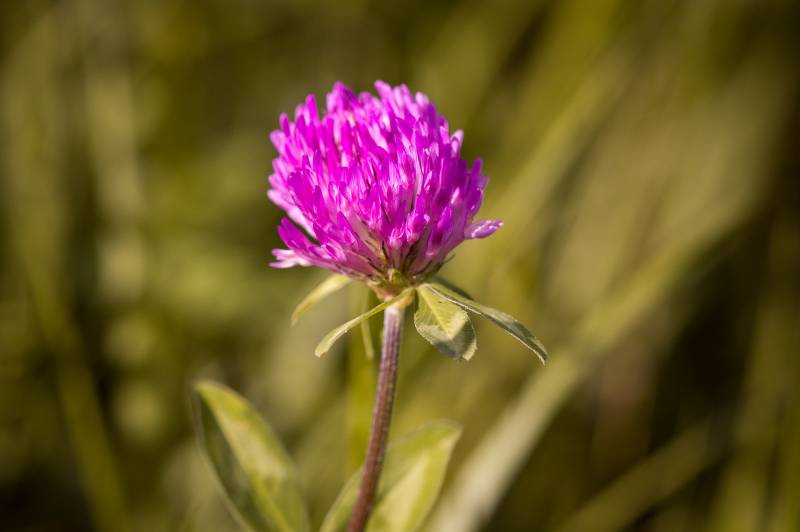 Red clover, also known as Trifolium pratens is a flowering plant that belongs to the family of peas and beans.

The red clover is naturally found in Europe, Africa, and Asia. However, it has been naturalized in other parts of the world.

Having been introduced in various parts of the world, the need to know how red clover spreads has become increasingly important.

A critical pollinator of the red clover is Bombus ruderatus, also known as the large garden bumblebee. This bumblebee is responsible for spreading red clover in South America and other countries such as New Zealand.

Micro Clover is a very dwarf version of the white clover, also known as (Trifolium repens). The Micro clover can be used to create a clover lawn that is shorter than the standard. The micro clover does not grow up to 6 inches.

The leaves are smaller than the white clover, and if the lawn is mowed, the leaves become smaller. If cut regularly, the micro clover will not bloom at all.

Micro Clovers have flowers that can attract bees, which are their pollinators. If you have bee allergies or children, growing micro clovers could be an issue.

Yellow Clovers, also known as Melilotus officinalis, is a biennial plant popularly known for its yellow bloom in South Dakota. In the first year of its life cycle, there is almost no growth from the stem upwards because it put its resources into building a very efficient root system.

The sweet yellow clover produces a lot of seeds that can remain viable for 30-40 years. This gives it a competitive edge over others.

Sweet yellow clover is very attractive to pollinators like the bees and other birds that help spread it.

The crimson clover is known to grow in areas of mild winter. It is usually grown as a forage and cover crop in these regions. Crimson clover thrives better in neutral soils and they produce dark red flowers. Crimson seedlings grow rapidly on soils of low quality, e.g., sandy and clayey soil.

Berseem clover, also known as Trifolium alexandrinum, is an annual legume usually grown as a forage crop. This clover cannot thrive in temperatures less than 30 degrees Fahrenheit. They are usually grown as winter forage in warm-winter climates and are spread by insects and animals.

Also known as Trifolium subterraneum, the subterranean clover is a low growing and self-seeding plant grown as a forage legume or cover crop on hillsides that have not been irrigated. They can survive in any condition.

Clovers are opportunistic plants found in pastures and hay fields, especially when the growing conditions are right. Though clovers are a bit problematic, it is valuable to pollinators and wildlife, and it is a perfect forage crop.