Lawnmower Is Revving High – Causes & How To Fix

Despite the years of service the mower has offered, it is essential to maintain it by fixing any issues for high durability.

Cases of a surging lawn mower that runs at high rates are common, but fortuitously, this issue is resolvable at home without paying for the repair.

When a lawnmower revs high, this raises concerns as various reasons could cause this. 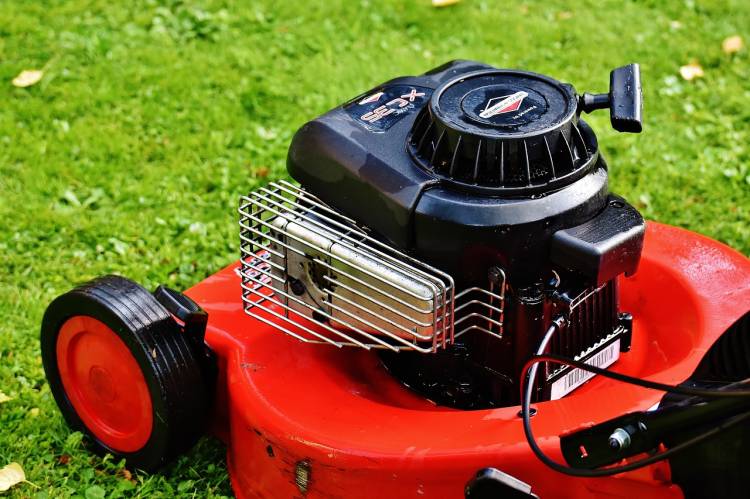 Generally, a mower with this issue can start revving at a very high speed to the point of prevaricating itself.

Mostly, this can be an issue related to any part of the lawnmower.

To understand what could be a cause of this problem, we have analyzed all the potential causes of high revving.

The Potential Causes Of A Lawnmower Revving High

Issues With The Airflow System

Mostly a surging lawnmower may be subjected to an airflow issue.

During the cutting action, the airflow assists in carrying the cut blades across the lawn; therefore, if the air holes have a blockage from debris or clogged particles, the engine suffers the most.

The engine slows down when the air it requires to run blocked suddenly, and incase the particles clear. The engine will rev high as it will respond to working normally.

This type of problem is usually common and can be fixed without calling a maintenance specialist.

How To Fix Airflow Issues In A Lawnmower

Wrong Adjustment Of The Carburetor

A carburetor usually mixes air and fuel to a ratio that supports combustion.

When there is a problem with the carburetor, especially clogging of jets or incorrect adjustment, the lawnmower revs.

The function of these jets is to route fuel from the end of the carburetor to the end.

They also measure the exact amount of fuel required for combustion.

There are tiny openings in these jets that get clogged by dirt easily and corrosion from old fuel still in the carburetor.

When the main jet is blocked, the engine revs and stalls at maximum control.

How To Fix The Carburetor Issue In A Lawnmower

As the saying goes, man is prone to error. Sometimes you forget to drain your fuel tank and fill with fresh fuel.

In such cases where the mower has last season’s fuel or contaminated fuel, a lawnmower revs high and starts generating other problems such as failure to start.

When the mower shows such problems, the issue usually is within its fuel system. Fortunately, diagnosing fuel problems is easy and doesn’t require a repairman.

How To Fix Fuel Problems In A Lawnmower

The revving of a lawnmower engine is another problem that can be caused by a broken-down or wrongly adjusted spark plug.

It can also be caused when a governor flap stops moving freely.

Whenever a spark plug fires, it vaporizes some molecules of the spark plug cathodes.

In the long run, this crack amplifies. Thus a lawnmower fails to ignite well.

Additional engine glitches might taint the spark plug, and eventually, it breaks down.

How To Fix Spark Plug Problems

The steps listed above help in repairing a broken lawnmower, but for best results and durable services from a mower, you should practice regular maintenance practices.

These include replacing the gas, tighten loose screws, cleaning the Spark Plug Threads, and lubricating them often.

All the ways to fix the causes of high revving require minimum effort as well as low operation costs.

The tools for conducting repairs may require finances to purchase but saves on time.

You can conduct these practices at home, thus save on the cost of hiring a person to repair them.

The practices are not demanding, and the high results are guaranteed.