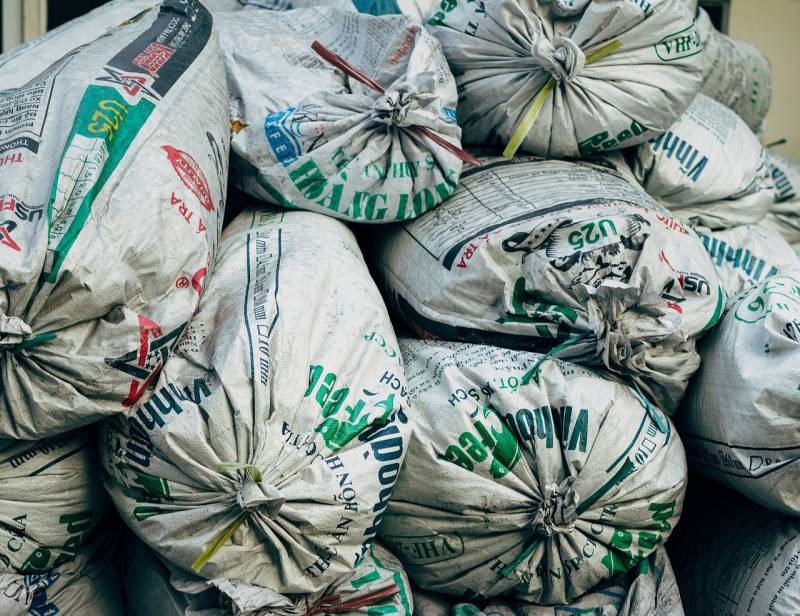 Some homeowners choose to grow vegetables directly out of the potting bags. Others prefer removing the content and using it on pots and containers.

Potting soils, however, can be infested with mold and other stubborn fungi if proper care and maintenance are not taken.

Here, we will discuss the causes and prevention mechanisms you can use to get rid of molds in a potting soil bag.

Because potting soils come in bags that are completely sealed, there tends to be too much moisture inside the bags to favor mold growth. If you choose to transfer the soil into a container or pot, you should notice the growth of molds on the container/pot after a few days.

Below is an insight into understanding the common causes of mold in potting soil bags.

Moisture is just water. However, this water is in very small particles/quantities that are not visible to the human eye at room temperature.

Vapor/moisture is a key ingredient that supports mold growth. Usually, the mold is fuzzy, and it assumes a whitish appearance when you open the potting bag.

These molds are, however, not harmful to the plant if it is in small amounts.

2. Lack Of Sunlight In The Potting Soil Bags

When the potting soils leave the company, their final stop is either the supermarket shelves or the gardening retail stores. In these locations, the bags are not left out in the sun. And without the sun, molds thrive fast.

Molds solemnly depend on cool and wet environments to thrive well. With a lack of enough sunlight to reach the potting soil bags, the delivery will contain molds when opened.

The potting soil acts as enough nutrients for molds. With all the favoring factors in place, the molds will thrive easily.

There are different species of mold found in potting soils. These species are not harmful to your plants if they are in small amounts. However, leaving the mold to continue thriving can be catastrophic.

The mold will compete with your plants for nutrients and result in poor plant health. Here are the different kinds of molds found in potting soil bags.

The saprophytic mold is the most common type of mold found in potting soils. These mold species are not harmful to the plant.

Note: Five Important facts that you should know about potting soil bags

After purchasing and using the potting soil, you should tightly seal the remaining soil in the bag and store it in dry and low-humid areas. Keeping your open soil bag allows air and moisture to get inside and increase mold growth.

When the potting soil is not used for an extended period, it will go bad. The peat most that are present in all potting soil bags will start to decompose, and molds can be easily visible on the soil.

Ensure you check the expiry date of the potting soil on the bag. Good soil should not exceed six months if unused. Purchase only soil bags that are between 3-5 months old.

Note: Used potting soils should be replaced every one or two years

Once you notice that there is a bit of mold in the potting soil bags, need not panic. There are different effective ways you can use to get rid of the molds and allow your plants to grow well.

Here are three effective ways to get rid of the mold.

2. Take It Outside To Receive Enough Sunlight

When the potting soil bag contains fungus, another natural remedy that does not have a negative impact is to take it outside.

When the sun is out, and the temperatures are high, taking your moldy potting soil outside helps kill the mold instantly. Molds thrive in saturated moisture environments and die in low humid environments.

In winter, when sunlight is not enough, you can use artificial lighting sources to kill all the present mold.

Quality fungicides do not harm plants. Inferior fungicides, on the other hand, can add toxins to the soil that will later harm your plants. If you only use the recommended fungicides to treat your moldy potting soil, it will be good for use any day.

When applying the fungicides, note that it should be done outside where there is ample air circulation. Adequate fungicides prevent the growth of new molds.

4. Aerate The Potting Soil And Remove Any Physically Present Mold

This is a much simpler and straightforward method.

The first thing you ought to do when you notice mold in the potting soil bag is to remove the visible mold spores physically.

After you remove the visible mold, aerate the remaining soil in a dry and non-humid environment (preferably outside).

Do not let the potting soil get into any contact with water or moisture.

How To Prevent Mold From Growing Back After Using The Soil

Once you have dealt with the potting soil mold, you can then proceed to use the soil and grow your vegetables/plants.

However, you can still notice mold growth after a while. So, what can you do to make sure that there is no more mold?

Do Not Overwater The Soil

Overwatering an already moldy potting soil will cause new mold formation. The presence of water and nutrients can cause mold to form again, even if you had applied an anti-fungal or anti-bacteria.

Moldy potting soil should be placed in a well-ventilated space where there are low humidity levels. A moldy plant stands at a high risk of new mold formation as opposed to dry potting soil.

In case the humidity levels remain high, you can use an artificial fan to push humid air away from your plant.

Although they say that there is no need to sterilize the potting soil when it comes out of the bag, you should at least sterilize yours and avoid mold growth. There are different methods of safely sterilizing your potting soil.

Below are a few effective ways:

Steaming is an old fashioned sterilizing method that is easy and effective. By doing this, you always get a rid mold that might have started to grow. Using a pressure cooker, you should steam the potting soil to a maximum of 82°C (179°F).

Without a pressure cooker, you can still use a sterilizing cup and achieve successful outcomes.

Note: Before starting the sterilization process, make sure to use a guide or a DIY step by step process.

Baking In An Oven

Baking is another simple solution to sterilizing your potting soil. There are different ways to bake your gardening soil. However, the simplest of them all is by using an oven.

Procedure: Transfer your potting soil into a container. Cover the container using a thin-layered foil. Bake the soil at 82°C (179°F) for about 30 minutes. Allow the soil to cool until room temperature before use.

Even without an oven, you can still sterilize your potting soil with a microwave. Microwaves work effectively to kill minute microorganisms and mold spores.

Procedure: Add a few pounds of potting soil on polythene/container each time you want to sterilize it.

Other sterilization methods include:

Proper care and maintenance are important factors to consider if you want your plants to grow healthy. The above insight has looked at easy and efficient ways to deal with stubborn mold that come in potting soils.