Home / Fruits / Where Are Mangoes Grown

Where Are Mangoes Grown

Mangos have been featured as a staple in our diet, with documentary evidence for their use and cultivation dating as far back as 4000 B.C. They also played a central role in the mythology of Southeast Asia and India. 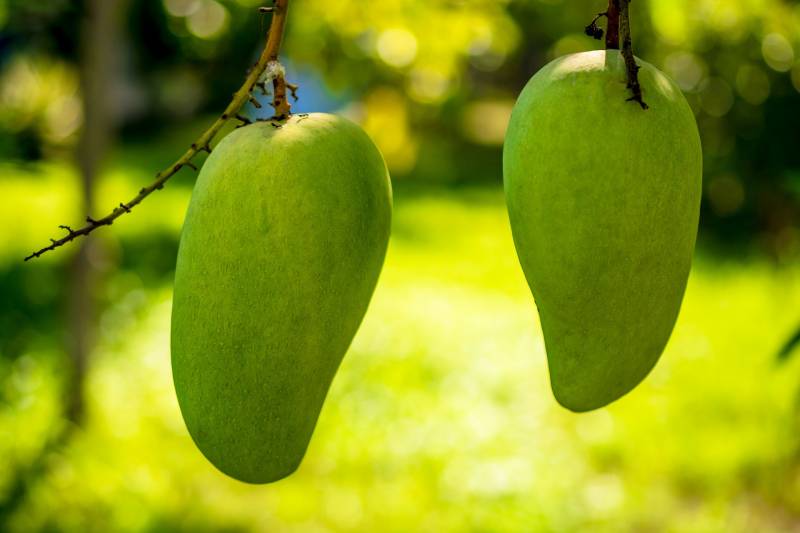 The Buddha himself is said to have discovered enlightenment under the shade of a mango tree. Yet the question remains as to where exactly these enigmatic fruit are grown alongside the best climates under which their cultivation can thrive.

The Best Climate For Mangoes

Mango is a hardy breed of fruit best suited to tropical climates, such as those found in India – the birthplace of mangos. It is closely related to poison ivy and sumac and thrives under a strict set of climatic laws. These climates are characterized by humid tropical rain subject to heavy rains throughout the year.

And although it grows in abundance in monsoon weather, the fruit that mango trees bear under such conditions isn’t suitable for commercialization.

To make mangos edible on a large scale and profitable, a prolonged dry season is required. To this end, mango producers often employ a means of artificial manipulation to produce commercially viable fruit.

There is perhaps no greater illustration of the selective climates under which the mango fruit thrives than the world’s largest mango producer, India. The lowlands of the Bengal with its moisture and humid rich temperatures are home to mango trees of a ragged, sickly appearance with fruit you can hardly describe as edible.

The dry plains of Northern India boast an all-round, dry, and hot climate that aids in the ripening of the mangoes. With a brief monsoon season that lasts a couple of months, they achieve the golden ratio as far as mango fruits are concerned.

Where Are The Mangos Grown?

In all their forms and varieties, the global market for mango products was capped at $65.7B in 2018. The monopoly on the market in terms of production remained in the hands of the mango’s native homeland, India.

It’s home to a large expanse of cultivated land – 2 309 000 acres in total, and climates conducive to large scale agricultural production as far as the mango is concerned.

India produces over 18 million tonnes of mango yearly, which equates to more than half of the global mango supply.

This all makes India the world’s biggest mango producer by virtue of its temperant, tropical climates.

China is a close second by volume of exports, followed by Thailand, Pakistan, and Mexico – just some of the countries that produce mangos commercially. 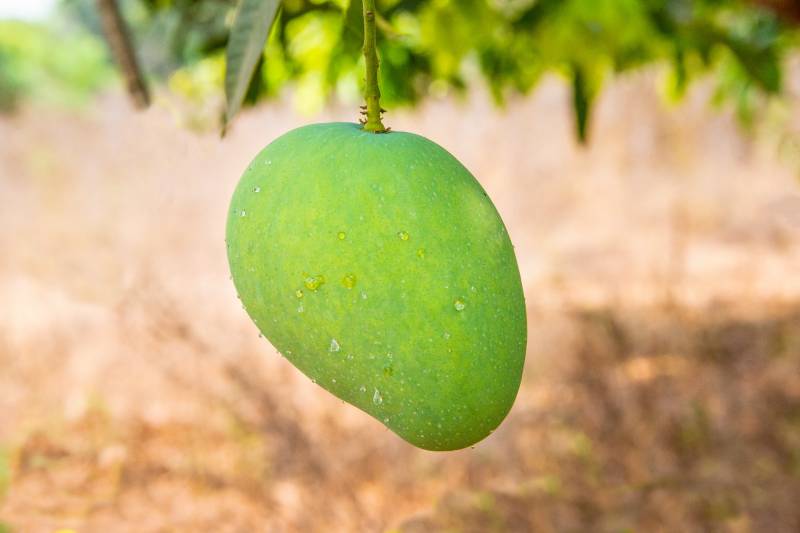 Although the Americas make up part of the constituency of this list, it is only a tiny fraction of the overall mango crop produced globally. About 13 percent of the market is shared between American and African producers. This is in comparison to the 77 percent of the annual global supply that is fulfilled by Asia alone.

Mango Production In The U.S.

Thus, most mangos sold in the US are imported from Mexico, Guatemala, Peru, Brazil, Ecuador, and Haiti. About 86 percent of this import is from Mexico alone, granting it the prestigious title of being America’s biggest mangos supplier.

America’s reliance on mango imports also has the added benefit of ensuring its availability to US consumers throughout the year. This is due to the alternating harvest times throughout various regions of the globe.

Within the confines of the US, the majority of locally produced fruit comes from the states of Hawaii, California, and Puerto Rico.

In the US, mangos are grown in a variety of soil types that include red clay to sandy loams. Many growers practice planting trees on sloping sites to optimize growth and flowering times by preventing waterlogging in the roots.

The mango fruits thrive in the ambient temperatures of the US mango producing states, which ranges between 70-75 degrees Fahrenheit.

Certain growing areas within the US, such as Hawaii, are frequent to attacks by pests such as Fruit flies and mango seed weevils, and as such, are subject to quarantine restrictions within mainland USA.

Most mango trees native to the US bloom in the winter months and are ready for harvest in the late summer. Mangoes marketed in the US are harvested prior to them fully ripening with the stem intact to prevent any of the juices from escaping. After this, they develop a red plumage to signal their maturity, as they await their consumers in packinghouses.

Mangoes have been a steady feature in many a banquet and royal feast since late antiquity. And if its growth figures are anything to go by, it will continue to do so well into the foreseeable future.

Domestic production in America is limited to specific geographical locations. The introduction of technology, and artificial farming processes into the production of mangos can make the US gradually move off imports, and grow its domestic output.