Where Does Bamboo Grow? [U.S. & Worldwide]

Bamboo – The long-lived plant is known all around the world for its various economic and ecological significance. The bamboo is not only recognized as an ornamental material but is also well-acknowledged as a valuable medicinal resource. 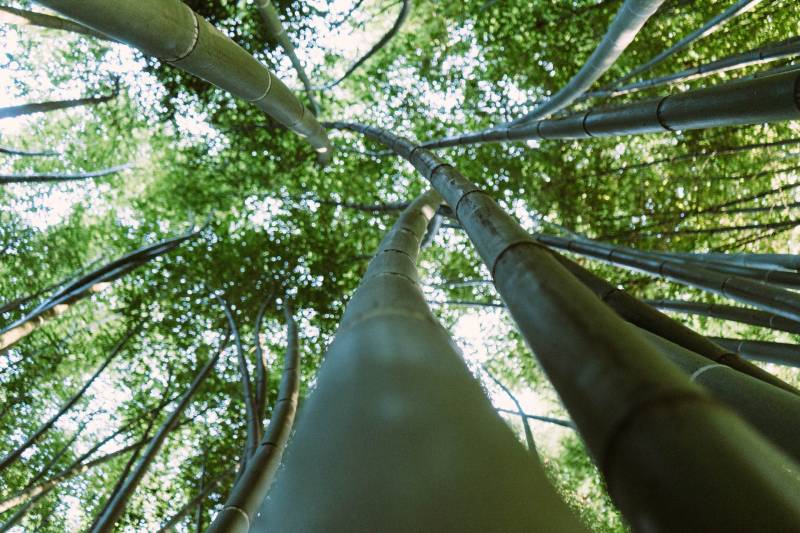 Today, bamboo is a valuable plant contributing multiple benefits to our daily life. People worldwide use it in house and furniture construction, interior designing, food, agriculture, and many more things.

Because of its immense economic benefits, bamboo is produced almost all around the globe except for Europe and Antarctica.

Bamboo All Around The Globe

As bamboo is native and dominant to tropical and subtropical regions, it adapts best in warm or temperate climates. Some bamboo species adapt well in moist and warm climates like areas of the west coast of North America and south-east of Australia.

Species like Phyllostachys bambusoides (Japanese timber bamboo) remain evergreen in climates where the temperature is higher than -5 C. Other bamboo species function well in cool temperate climates such as the southern United States, eastern Australia, and central Argentina.

Today, tropical and subtropical regions of Africa, Australia, Asia, South America, and North America all combined have over 1642 species and 123 genera of bamboo.

In short, except for Europe and Antarctica, bamboo is native to all the other continents of the world. At present, over 1642 species and roughly around 123 genera of bamboo exist across the globe.

The widely spread perennial plant is well-acknowledged worldwide because of its domestic, commercial, medicinal, and ornamental uses.

According to a survey, roughly 80% of bamboo species grow in the south and southeast Asian regions.

It is a well-known and wide-spread fact that most of the bamboo species are native to China. Being one of the highest contributors to bamboo production, China has over 500 species and over 34 genera.

See Also: Where Are Mangoes Grown

Bamboo is a valuable economic plant in Africa. This lucrative and evergreen plant is believed to solve the economic issues of many countries on the African continent.

Over the decades, the use of bamboo has dramatically increased in African countries. Several African countries use bamboo at both domestic and commercial levels. Out of 55 States in Africa, 36 States are actively cultivating bamboos.

Out of these 36 countries, the biggest contributor to bamboo production is Ethiopia, producing approximately 67% of all African bamboo.

Northern Australia is conducting research and finding methods to improve the production of bamboo and reap maximum benefits from this lucrative and fast-growing plant.

Bamboo In The United States

Bamboo species can be found along rivers and streams in southern Ohio, Missouri, Indiana, Oklahoma, Illinois, Atlantic, Gulf coastal regions from Maryland southward, and some other southern states. 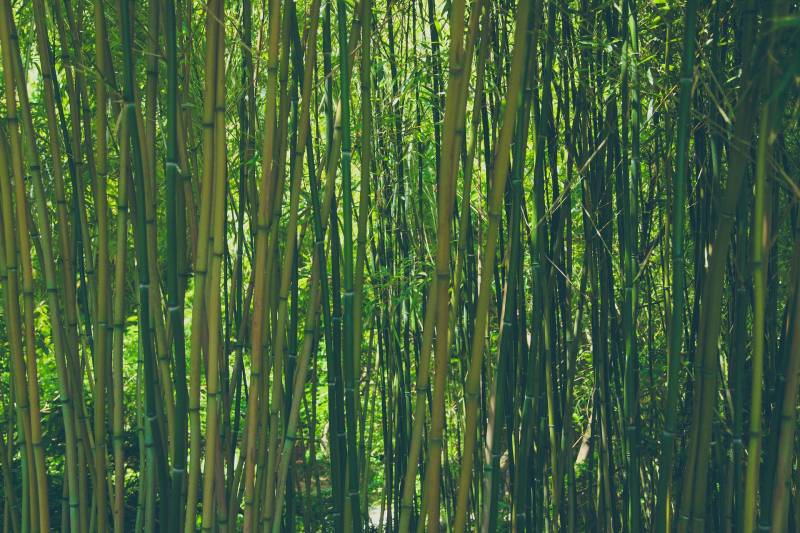 The two types of bamboo in the United States, clumping and running, have different climate requirements. The clumping bamboo can’t tolerate the harsh freezing climate as it has a tropical or subtropical origin. Only the Panda bamboo from the Himalayas can withstand the freezing weather up to -25 F.

The other type of bamboo, running bamboo, thrives well in the low winter season where the temperature doesn’t get lower than -10 F.

Brief History Of Bamboo In The United States Of America

But later in the 19th century, the USDA (United States Department of Agriculture) formally introduced bamboo species to the US.

Though bamboo doesn’t require specific soil conditions, you must know certain things about the bamboo species you’re planning to grow. To grow bamboo, understanding the growth pattern of culm, nutrient translocation, flowering, and regeneration processes of bamboo is highly important.

The bamboo cultivators can rapidly enhance the growth of bamboo by understanding the ecology of bamboo. Different species of bamboo required different soil and climate conditions.

Some species of bamboo grow best in warm and hot regions, while some cold-hardy bamboo can even survive cruel cold weather.

Bamboo can work well in poor soil but will thrive best in well-drained soil with neutral or slightly acidic soil. The bamboo plant thrives best in moist soil and is rather sensitive to dry or wet soil completely.

A slightly acidic and well-drained soil well-incorporated with manure, organic matter, and well-rotted compost is best to grow bamboo.

For instance, Phyllostachys bambusoides (Japanese timber bamboo) remain evergreen in climates where the temperature is higher than -5 C. According to ABS (American Bamboo Society), bamboo grows rapidly and thicker in full bright sunlight.

One must place or plant bamboo in a place where it can get at least four to five hours of daylight.