Home / Interesting Facts / Why Do My Fruits Taste Fizzy?

Why Do My Fruits Taste Fizzy?

Have you ever eaten fruit that tasted as if it had been carbonated and is effervescent?

That is what we call a fizzy taste, typically characteristic of carbonated beverages and drinks.

Most likely, if a fruit tastes fizzy, it indicates that fermentation has started in the fruit.

In simpler words, the fruit has started to go wrong.

This phenomenon is more common in tropical fruits like mango, pineapple, etc.

It is also observed in other fruits such as berries (strawberries, blueberries, etc.)

The actual science behind fizzy fruit is discussed below. 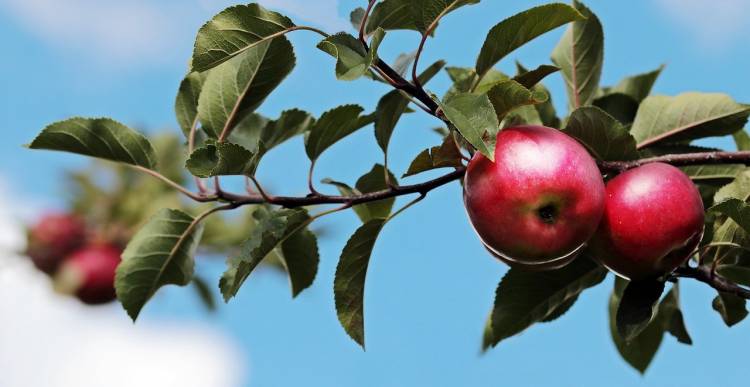 When Does a Fruit Become Fizzy?

When people say that fruit or food tastes “fizzy,” they mean that the substance is now carbonated.

It also means that the texture of the fruit is a little different from its natural feel.

Fruits become fizzy when some quantity of fresh carbonates has been added to them.

If the fruit freezes up, it won’t be fizzy. Sweet fruits tend to work extraordinarily well with this.

The flavor and sweetness are controlled by carbonic acid, which evolves from carbon dioxide, and by the coldness given to the fruit.

The solubility of carbon dioxide within the fruit is determined by dry ice.

This results in the freezing of the fruit. Higher pressure and low temperatures help to make the fruit fizzier.

What Causes The Fizzy Taste in Fruits?

Microorganisms such as yeast are naturally present on the surface of fruits.

These microorganisms act as the process starters and are crucial for the process of fermentation.

The more you wash/rinse fruits, the less likely they will ferment and taste fizzy.

Some fruits contain a small amount of citric acid, which acts as a microbial product.

Although many fruits have citric acid in them naturally, artificially synthesized citric acid is made by the surface process and the submerged process.

In surface techniques, the microorganisms are refined on the surface of the liquid or the solid substrate.

The surface technique is complicated, so this process is not used frequently in industries.

Enzymes and other reactants are immersed in a liquid in the submerged process.

This process is not as complicated as a surface process and is frequently used in industries.

Fizziness is primarily a result of ‘natural fermentation’ in the fruit.

Typically, there are two types of natural fermentation, depending on the availability of microorganisms and oxygen.

Alcoholic fermentation breaks down the sugar into alcohol (ethanol) and carbon dioxide.

This one usually occurs in microorganisms like bacteria and yeast without oxygen.

Lactic acid is produced from the breakdown of sugar and starch.

Most of the fermentation in a fruit/beverage is alcoholic.

Here, the sugars are converted into alcohol and carbon dioxide, thus causing the effervescence and sour taste of the fruit.

However, some fruits also undergo the process of lactic acid fermentation and produce lactic acid along with carbon dioxide.

Natural’ alcoholic fermentation’ is the contact of yeast with bacteria and the sugar present in the fruit.

Naturally, this happens when either the fruit is too ripe or there is any physical damage to the fruit, like fruits falling off the tree.

Once the skin is damaged, the yeast/bacteria find it easier to access the sugar in the pulp and thus start the process of fermentation.

The next is a series of chemical reactions between the yeast/bacteria and the sugar.

The microbes break down the sugar in the pulp into a series of intermediary chemical compounds.

In an ideal environment, there would be no oxygen.

Thus the process would lead to a higher quantity of pure ethanol or lactic acid and carbon dioxide.

In the end, no significant amount of ethanol and carbon dioxide is produced since an adequate amount of oxygen interferes with the process.

“Fizzy Taste” As An Outcome

The carbon dioxide together, along with the lactic acid or ethanol, stays in the fruit and gives the fruit a ‘carbonated and sour taste.

Some people also describe the fizzy taste as an effervescent and bubbly appearance, resulting from all the carbon dioxide accumulating in the fruit from the reactions.

If this state continues, the fruit accumulates a more significant amount of ethanol or lactic acid and thus goes completely bad.

Side Effects of Taking Fizzy Foods

In the fewest possible words, the inhalation of carbon dioxide causes an intense burning sensation within the lungs.

This sensation is initiated by a responsive system of our body, which further stimulates the sensation of pain due to increased carbon dioxide intake.

When we take any fizzy food or drink, a large amount of carbon dioxide accumulates in our oral cavity and is forced into the nasal cavity.

This triggers a painful sensation in our nasal cavity.

Eating frozen fruits also causes the burning of the tongue.

The phenomenon of fizzy fruits can also be related to some of the funny ‘drunk animal’ scenes you may have witnessed.

If you have ever seen a deer or a squirrel acting funny, most likely it is that the animal has eaten fruits that have started fermentation.

The animal consumes the fermented alcohol (ethanol) in the fruit, leading to a ‘drunk’ behavior.

It can lead to the animal’s loss of balance or consciousness.

Although it is considered normal to consume fruit at such a stage, it is better to avoid consuming fizzy-tasted fruit.

Fruits like this, as stated above, are rich in solid probiotics, leading to side effects such as gas and bloating.

Moreover, fermented fruits might also be harboring many disease-causing microbes.

Therefore, it is best to avoid them as much as possible.

Fruits are naturally delicious and nutritious, but if your fruit tastes fizzy, it means it has undergone fermentation.

However, if you prefer your fruits to have a fizzy taste, the best option would be to carbonate them.

But if you dislike the fizzy taste, you can avoid it by freezing your fruits.